To celebrate the upcoming publication of my short story, “The Record Collector,” I’m finally doing the “post an influential album each day for 10 days” thing that several friends challenged me to do. 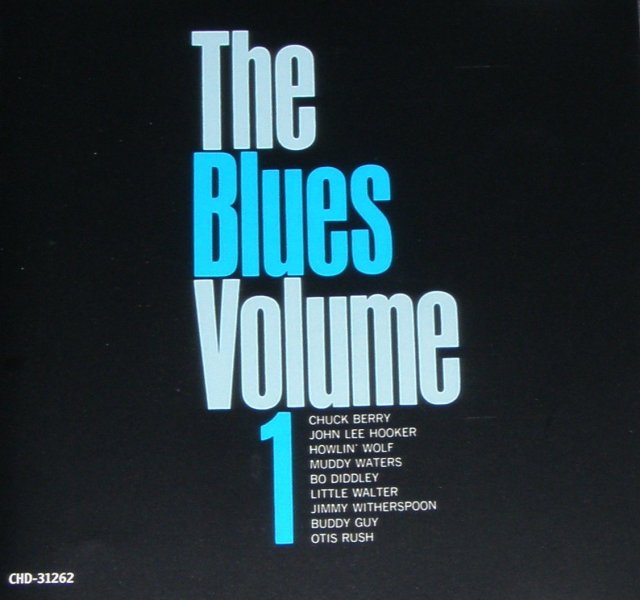 I won’t go on about the legacy of Chess Records and how their 50s output basically gave us Rock and Roll’s Walt Whitman–Mr. Chuck Berry–and inspired the British Invasion.

When I was a little kid, the local classic rock station used to play a “Motown 5 at 5” during their evening commute segment.  This was before radio was completely segmented down to the tune, when “classic rock” and “oldies” were fairly interchangeable, and you could reasonably expect to hear Jimi Hendrix, Chuck Berry, Herman’s Hermits, Bob Dylan, and the Four Tops on the same station.

Anyway, the fifth song on the “5 at 5” was always a blues song.  It was a nice idea, but the station must’ve only had three blues albums: one was The Blues Brothers soundtrack and the other was Muddy Waters’ Hard Again (an amazing record).  The third one was this one.  So growing up, I’d hear all these classic tracks on the radio with some regularity.  “Smokestack Lightning” and “Juke”–damn. This is one of those compilations that came out after a bunch of punk bands had drawn from blues so, for example, “Don’t Start Me Talkin’” was as famous as New York Dolls cover to a lot of folks as the original was. Check out the amazing contents:

This collection (along with the Robert Johnson recordings and the American Graffiti soundtrack) did the most to persuade me that the best and most interesting music had been made a few decades before I existed. My tastes were altered, preferences set. I probably never got deeply into hair metal or most “grunge” because of these early influences. And I still really love Little Walter and Chuck Berry, which I can’t say about a lot of things I liked as an early teen.

I owned this one on cassette tape, then CD, and should probably hunt down an album copy just to complete the trifecta.